The New York Housing Conference joined 12 other housing coalitions from blue, purple, and red states alike in a joint letter to Congress urging leadership to unlock vital financing for affordable housing production across the United States by making simple tweaks to the Low-Income Housing Tax Credit (LIHTC) before the end of 2022.

The letter was signed by major housing organizations in California, Florida, Illinois, Indiana, Kentucky, Massachusetts, Oregon, New York, Pennsylvania, Texas, and Washington and was sent to Senators Ron Wyden and Mike Crapo and Representatives Richard Neal and Kevin Brady of their respective chambers’ tax committee. It calls on Congress to include in any year-end tax package – 1. an extension of the 12.5 percent increase to the 9 percent Low-Income Housing Tax Credit (LIHTC) that expired in 2021 and 2. lower the “50 percent test” to 25 percent to decrease the amount of private activity bonds (PABs) needed to access the 4 percent Housing Credit.

You can read the letter here. 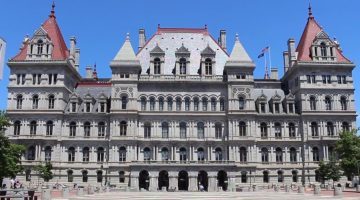